Skip to content
Prominent blogger Razan Ghazzawi is the latest victim of an increasingly desperate Syrian regime, detained on her way to a media conference in Jordan on Sunday. The US-born human rights activist was arrested at the border while on her way to attend a workshop in Amman for advocates of press freedoms in the Arab world. While the Assad administration have said nothing, a local committee of activists confirmed the arrest yesterday. 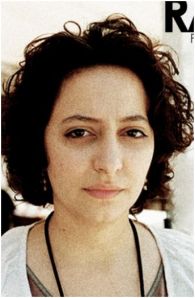 The Syrian Centre for Media and Freedom of Expression (SCM) said Ghazzawi was their media officer and attending the workshop for them. SCM condemned her arrest and the restrictions on civil society and freedom of expression in Syria. “SCM demands authorities stop abuse of systematic practice against bloggers, journalists, and Syrians citizens,” they said. “SCM demands to release the blogger Razan Ghazzawi immediately and unconditionally and to release all detainees in Syria and stresses on the need for Syrian authorities to respect their international commitments that have committed themselves to it through the ratification of the conventions and treaties international.” SCM said they held Syrian authorities responsible for any physical or psychological harm caused to her.Ghazzawi has been a high profile documenter of violations and arrests in Syria since the start of the uprising in March. Bravely she was one of the few in Syria to blog under her real name. Her most recent post on 1 December announced another Syrian blogger and activist Hussein Ghrer had been freed after 37 days in Adra prison. “Hussein is going to be home tonight, where he will be holding his wife tight, and never let go of his two precious sons again,” Ghazzawi wrote. “It’s all going to be alright, and it will all be over very soon.” The nightmare has begun for Ghazzawi herself.

The arrest sparked wide protests online. A Twitter campaign #freerazan has gone viral in the last 24 hours while own twitter feed @redrazan is being managed by friends. A Facebook page has also been set up since the arrest. A Moroccan blogging friend Hisham Almiraat said Razan was an indefatigable campaigner for human rights and freedom of expression. “She has been advocating for the rights of political prisoners and minorities in Syria and has always fought for the rights of the Palestinians,” Almiraat said. “Razan is the most driven, thoughtful and freedom loving person I have ever met.”

A message on Ghazzawi’s blog shows what she told friends before she set off for Jordan. If anything happens to me, she said, “know that the regime does not fear those imprisoned but those who do not forget them”. She knew was taken a great risk by travelling to the conference. The blog MidEast Youth is making much of her US citizenship in its calls for her freedom. While Ghazzawi admits she born in the US she never lived there. Her family lived for 10 years in Jeddah in Saudi Arabia and are now back in Damascus. She graduated with a degree in English literature from Damascus University and did a further five years of study in Lebanon before returning home.

The administration shows no sign of bending to intense international pressure either to release her or end atrocities against protesters. Instead Syria held war manoeuvres over the weekend. State-run television said the exercise was meant to test “the capabilities and the readiness of missile systems to respond to any possible aggression.” The drill showed Syrian missiles and troops “ready to defend the nation and deter anyone who dares to endanger its security”. Assad and his regime intend to tough this out with the support of Russia and China and won’t mind the collateral damage to the likes of Ghazzawi in the process.

This work by Woolly Days is licensed under a Creative Commons Attribution 2.5 Australia License.